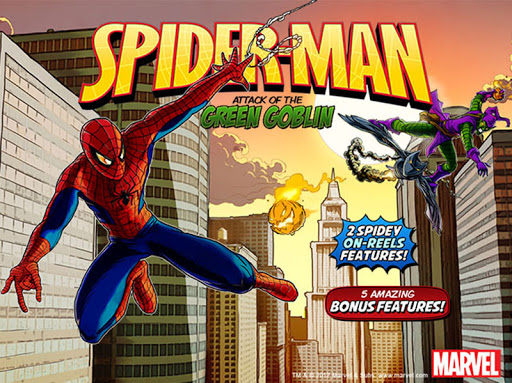 “Spider-man, spider-man
Does whatever a spider can
Spins a web, any size.
Catches thieves, just like flies.

Look out!
Here comes the Spider-man”

That’s the fun 1967 Spider-man cartoon lyrics. And frankly they are still as memorable today as ever. If you’ve never heard them before, perhaps you are familiar with The Simpsons Movie rendition which went like this:

“Spider pig, Spider pig
Does whatever a Spider pig does
Can he swing from a web?
No he can’t, he’s a pig

Look out!
He is the Spider pig.”

ANYWAY. Spider-man has had a lot of makeovers in his time. We’ve seen him played by Tobey Maguire, Andrew Garfield and Tom Holland in recent years.  We’d like to make a special mention of the awesome Into The Spider-Verse movie. It was launched in 2018 as a computer animated production.  In the film, Miles Morales becomes the new Spider-man of Earth in universe 1610. There are other universes and Miles must team up with other Spider-folk to battle Kingpin and save New York City! This movie won several awards including a Golden Globe and an Academy Award.

We’ve heard that Spiderman: Into The Spider-Verse 2 is set to be released October 7th 2022. We can’t wait! Until then you can play Spider-man slots at CasinosJungle for free.

Peter Parker was just an ordinary teenager until one day he was bitten unceremoniously by a radioactive spider. As a result, Peter gained spider like abilities! What kind of abilities? Trapping flies? Having very hairy legs and eight eyes? In fact, Petey P realized he had been granted enhanced strength, much improved agility, increased stamina, he could cling to every surface and also “spidey-senses” to let him know that danger was approaching. He was a good boy and decided to use his powers to help people.  To protect his Aunt May, Peter decided to combat crime and wrong doers in a disguise.

If you’d like to relive Spider-man’s adventures and have a go at winning some real cash, perhaps you’d like to try the Spider-man slot game. Playtech’s 25 line, 5 reel video slot offers you plenty of chances to catch a win in your web.

The scatter symbol is the Spiderman logo. You’ll need to hit them on the 1st, 3rd and 5th reels to enter the bonus round.

There are 3 different bonus rounds to be activated. Just select a comic book by pressing the stop button.

Hot Zone Free Games – you get 20 free spins. A ‘hot zone’ is created on the reels by randomly thrown webs. If a wild lands in the hot zone it becomes sticky.

There are plenty of online casinos offering free-play Spider-Man slots plus play for real for a chance to win. Ker-ching!